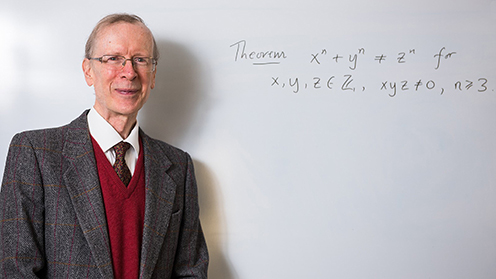 In the 1990s, Oxford professor Andrew Wiles finally solved the problem, and this week was awarded the hugely prestigious 2016 Abel Prize — including a $700,000 windfall.

Learning of the award, Wiles told the University of Oxford: “It is a tremendous honor … Fermat’s equation was my passion from an early age, and solving it gave me an overwhelming sense of fulfillment.